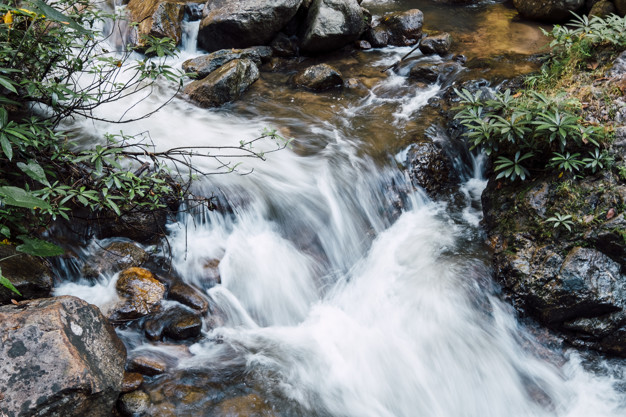 We are still partially influenced by the culture that rivers were the place of disposal. Even if the rivers soon take what we throw, the sea will be the final destination and we also cannot punish the seas with what we don’t need.

We will focus only on issues that depend on human action to care for, preserve and recover rivers and their tributaries, which nature will certainly do the rest. The enormous challenge of taking care, preserving, recovering rivers and their tributaries, requires multiple actions by everyone. When everyone is said, it means the entire public and private community, with a look and performance in the entire hydrographic basin.

“Caring is more than an act; it is an attitude. Therefore, it encompasses more than a moment of attention, zeal and care. It represents an attitude of occupation, concern, responsibility and emotional involvement with others.” (BOFF, 2004, p. 33).

Care about river waters, in order to maintain an adequate condition for the sustainability of life and for various uses, involves a systemic approach and a set of conducts in public environments, with each person becoming aware of their correspondence and cooperation in the within reach, whether in your home or outside.

CONSCIENT CONSUMPTION: Waste should be avoided and, whenever possible and with due care, reused. For example: you can treat the water with chlorine for certain uses and reuse it, as in the case of sink water for flushing a toilet, water from the washing machine or tank to wash the sidewalk, etc. Prepare caption, reservoir for reuse of rain water.

DESTINATION AND TREATMENT OF EFFLUENTS: They are fundamental in water care. It is necessary to install a sewage network in public and private constructions, as well as to carry out effluent treatment, in compliance with current legislation and the requirements for systemic care with the environment. In addition, it is necessary that all sewage, whether domestic, industrial, commercial or other, is always destined to the sewage network, never to the storm water network, rivers and other water courses and soils. For regions where the sewage system still does not serve, they must install pits and sinkholes, within the recommended standards to avoid reaching water courses.
Sanitation is health. The lack of sanitation causes several diseases and numerous hospitalizations. Cities with better sanitation rates, have a lower incidence of disease. There needs to be a concerted effort by all of us to enable 100% coverage of users in sanitation in the short term.

RURAL WASTE: Livestock effluents also cause water pollution, surface and underground. Waste must be disposed of correctly, preferably for fertilization or energy generation. Animal protein is fundamental to supply human needs, and with wisdom and care, we can minimize the side effects of this creation, with correct disposal of waste.

WASTE FROM AGRICULTURE: Agricultural effluents may contain chemicals such as fertilizers (rich in nitrites and nitrates), pesticides, which degrade the quality of surface waters, including those of rivers, when they are dumped into them, in addition to contaminating groundwater by infiltration. It is recommended to use moderately and with due care to not to be carried to the water courses. Agricultural production, well managed, with the correct analysis and correction of the soil, enables high performance with low environmental side effect.

SOLID WASTE: Proper destination and treatment of solid waste, generically called garbage, that is, solid materials generated by human activity and considered useless, disposable in the condition in which they are found, are necessary in the care of the waters. Whenever possible, recycling is recommended and contaminated material should be disposed of legalized, controlled landfills. Solid waste has caused damage since its incorrect disposal and some of them for hundreds of years. These materials clog the sewer grates, contaminate streams, rivers and seas, and often affect animals that confuse them with food.

CILIAR FOREST: Also called riverside vegetation, is the native vegetation that is found on the banks of rivers, streams, lakes, dams and springs. According to the National Water Agency: “The hydrological balance is maintained by riparian forests by stabilizing the riverbanks through the tangle of roots, controlling the supply of nutrients and chemicals to water courses, controlling water change of temperature in the aquatic ecosystem and the formation of barriers for carrying sediments to water courses, preventing their silting up.
In addition, ciliar forests are essential to provide food for fish and other aquatic living organisms. Forests also mitigate the effects of floods and prevent the erosion of mountainous terrain, preventing barriers from falling.” (ANA, 2012, p. 90).
We can create mechanisms to raise awareness, indemnify, remunerate landowners on the banks of rivers, streams across the hydrographic basin, so that riparian forest is implanted or preserved properly. It is not appropriate to allow the creation of animals to reach the banks of rivers, as this competes with the formation, maintenance of riparian forest, but when really necessary, access must be made by a fenced corridor. The implantation or permanence of the ciliar forest is a challenge for all of us, in favor of maintaining the rivers and their tributaries.

PERMANENT PRESERVATION AREA: PPA is a protected area, covered or not by native vegetation, with the environmental function of preserving water resources, the landscape, geological stability and biodiversity, facilitating the gene flow of fauna and flora, protecting the soil and ensure the well-being of human populations.
All native forests contribute to the waters. Whenever possible and within the rules in force, we must maintain, surround, care for native forests in the areas of PPAs.

WATER SOURCES, water eyes or water mines can be defined as outcrops of underground water tables that can give rise to water courses, and are formed when the aquifers reach the surface and cause water to gush on the surface of the ground. They have great importance for any property, since they supply weirs and dams, they help in the irrigation of crops, animals, and also for human needs.
Maintaining a generous strip of native forest around the source, fencing to prevent cattle access, is already a major contribution to preserving springs.
Depending on the use of the water, the springs can be treated, in a natural way, to enable even greater water quality.

RIVER CONTRIBUTION BASIN: River basin or drainage basin is the extension or runoff surface of a central river and its tributaries. The flattened areas of a hydrographic basin play an essential ecological role in flood management, regulating downstream and flooding of the central river.

NEW YORK EXAMPLE: Large urban centers and enough quality water for everyone is not always a possible combination, especially on a planet where water scarcity reached 35% of the world’s population in 2005. But in New York City, water that reaches the taps of 9 million people comes from surface sources, needs no treatment and receives only chlorine and fluoride before being distributed. Fascinating theme for geographers, environmentalists and public officials, New York State’s supply system proves that companies, societies and governments can prosper by investing in nature. The water conservation strategy saved the State and society a lot of money. The decentralized model of Water management gained strength from 1990, when the city needed to reevaluate its public supply strategy, in the face of state, federal pressure from consumers, by stricter standards of quality in its public water supply.

A set of regulations was developed restricting the development of agricultural activities and land use and occupation in the hydrographic basins of the region, aiming at the conservation of water sources. With the springs conserved, New York City would maintain the release of filtration from its surface waters, since the ecosystem would carry out the water purification work.

The city had to face its water supply dilemma and make the strategic choice that seemed the most unlikely. Instead of going further and further to capture quality water in the necessary quantity, he chose to invest heavily in the recovery and then in the maintenance of the entire hydrographic basin. With regard to the impressive physical structure, the New York supply network today consists of three controlled lakes and 19 reservoirs spread over more than 5,000 square kilometers, which supply about 5 billion liters of water per day to the city and neighboring counties. They carried out a broad agreement for payments for environmental services, technical assistance for the safe management of productive activities carried out in the hydrographic basin and a program for the purchase of land and compensation for easement. The riverside farmers were appointed “guardians of the water”, and so everyone won.

CONCLUSION: Rivers, or river courses, have always been, and are still today, one of the most important resources for the survival of humanity. They provide us with a large part of the water we consume, which we use to produce our food, we need for our hygiene and we use to irrigate the soil in agricultural areas, to generate energy, among other uses.

With all this importance, it increases our responsibility in the care and recovery of rivers and their tributaries, for our good and for future generations. There is no way to just point to others, without assuming this relevant mission for yourself. The entire community, without exception, must act for the entire length of the river. With good planning, involvement, action and resources allocated in the right places, it is certainly feasible to care for, preserve and recover the rivers. Each community must be concerned and act in an articulated way to have healthy and lasting rivers. It is worth working on this challenge.

Woimer José Back
Advisor of the Tubarão River Basin Committee and Lagunar Complex.
Vice-president of the Association of Energy Producers of Santa Catarina – APESC. 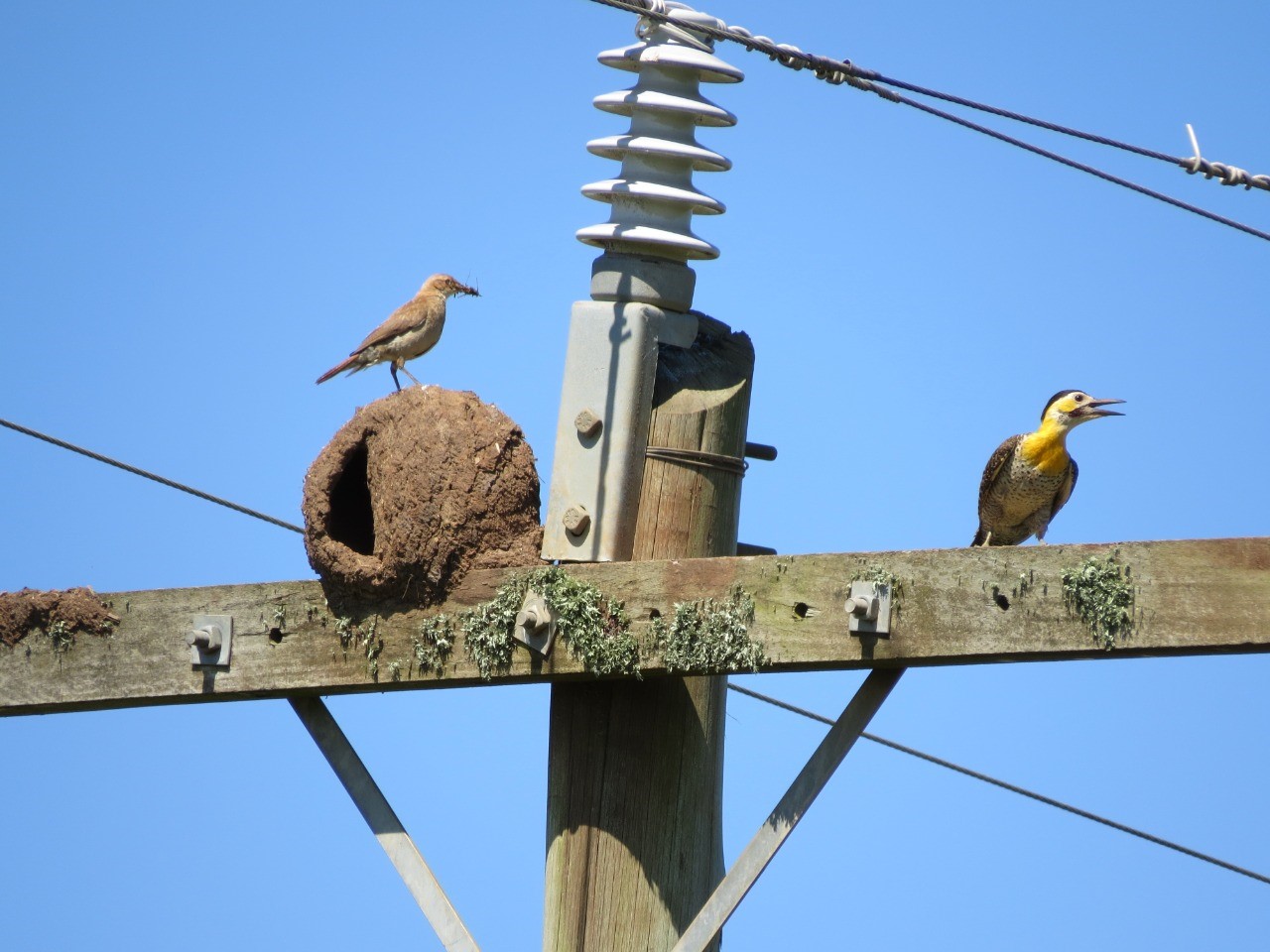 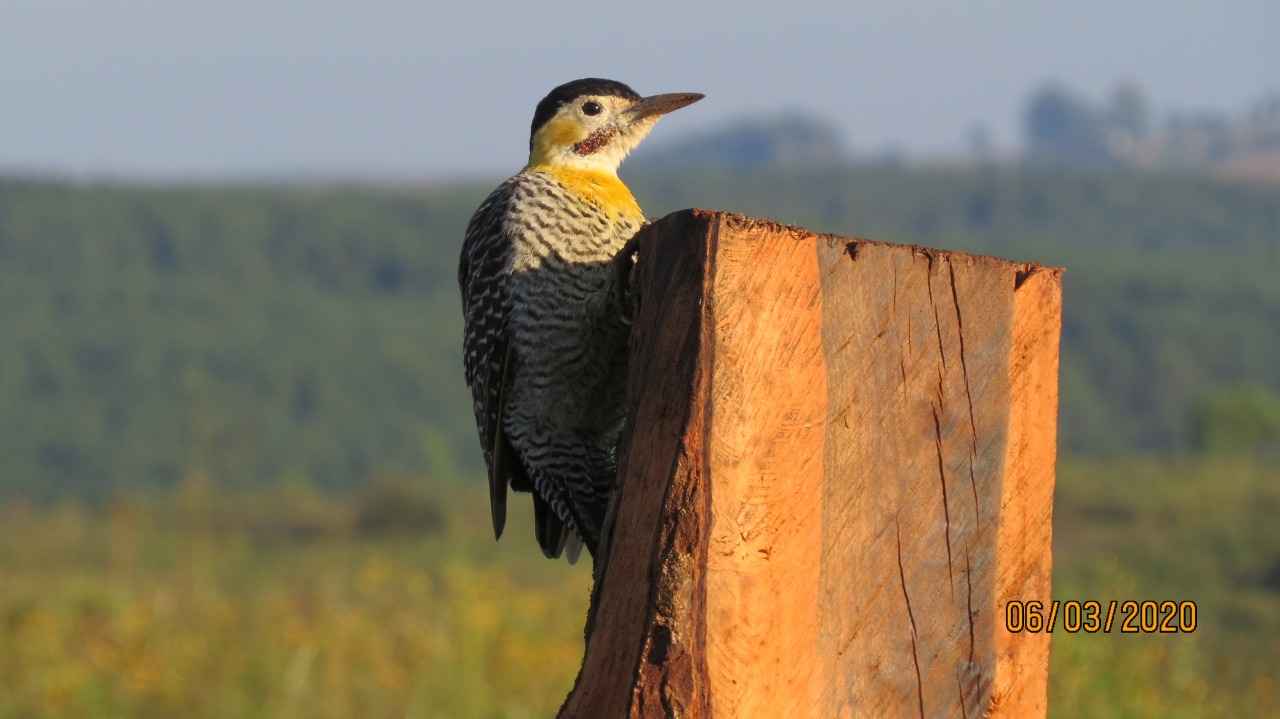